Enough is Enough, Shut Down Israel 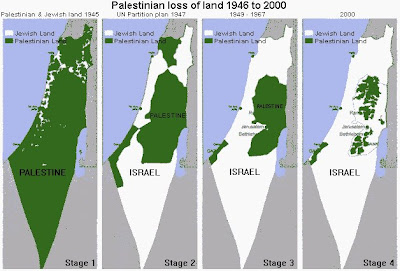 Enough is enough. Now Gaza, on top of everything else. The Palestinians symbolise the ongoing struggle worldwide against USrael’s neo-colonial wars. Zionist goals cannot be met without genocide. To uphold a Jewish state it is necessary to commit crimes that are defined as genocide in The UN Convention on the Prevention and Punishment of the Crime of Genocide signed by the General Assembly on December 9th, 1948.

The Zionist’s colonisation project has existed over two turns of century. It is a myth that there could ever be a Jewish state in Palestine without genocide of the Palestinian people. Genocide is incumbent in Zionism, its innermost core. A Jewish state must have a substantial Jewish majority and this cannot be achieved without the eviction of those who lived on the land. We see the result in a racist apartheid system that discriminates between Jews and non-Jews in Israel itself, in the raising of the Wall, in the nearby Palestinian refugee camps and in facts on the ground, as illustrated by the four maps [above] and now in Gaza.

A so-called two-state solution involves legitimising genocide in retrospect, as it does not acknowledge the evicted Palestinian refugees’ inalienable right to return, in accordance with UN resolutions.

There is only one solution. A democratic state between the Mediterranean and the River Jordan. Within such a framework, those most involved can discuss various transitional solutions and suggest a timetable for their implementation.

Some would say that this is unrealistic because of the hatred that has been created between Palestinians and Jews. But in that case, those who brought about colonisation, the theft of land and genocide can move somewhere else if they do not wish to live in peace and equality with their ‘victims’ in their own country. The French colonisers in Algeria returned home. In South Africa, the majority chose to stay. [Come to the USA, New York. You know that Jewish supremacy reigns supreme here. The goyim here are really dumb and docile. You won't find better.]

Israel of today is an entity with precious little legitimacy, being a state in the country of Palestine, as shown in the article ‘Revoking Israel’s UN membership‘. There is little support for the statement that Israel is a creation of the UN. There is nothing to indicate that this entity will ever work in accordance with UN decisions and international human rights, or exist in peace with its neighbours. Quite the opposite.

Israel is, today, the biggest threat to a world in peace and Zionism an ideology whose main task is to justify USrael’s neo-colonial wars while referring to the Holocaust and ‘anti-Semitism‘.

To anyone who identifies themself as a Jew:
Come on, do you really enjoy having your identity linked to a racist society of robbers whose policy is genocide towards the robbed? If you want to be able to respect yourself every morning when you look in the mirror, and if you do not want to contribute to the politically based global hatred of Jews, do something about it. Let go of Israel’s ‘Jewish state’ and become an active humanist. Support the evicted Palestinians and their right to return and that all people between the Mediterranean and the river Jordan may live with equal rights and in agreement.