The Deliberate Destruction of America and the World

Andy Carrington Hitchcock is joined by Dr. Lorraine Day for a show entitled, “The Deliberate Destruction Of America And The World, Part 1 – How Do We Know This Is The Time Of The End?”

Discussed is: how the so-called COVID-19 is being used to install a Communist Regime designed to enslave the whole world; how they plan to make the vaccine mandatory; the dangers of the PCR Test; why you need to stay away from medical doctors in this day and age; how we are at the end of an age and Jesus Christ is coming back soon; why the Bible will be banned in the near future; the numerous Illuminati Roadmaps that tell us what they plan to do to us; what the so-called vaccines will do to you and when; who really runs the world; the One World Religion that will be the worship of Lucifer; how the previous so-called pandemics were just dry runs to ensure the Illuminati had enough of their Sayanim ensconced within critical roles throughout every country in the world; proof the Israelites of the Bible were not Jewish; the elimination of private property; the significance of the Bill Gates’ divorce; how more people have been killed by their own leaders than by hostile outside forces; The Report From Iron Mountain; Silent Weapons For Quiet Wars; the Richie From Boston BitChute video that claims a lot of the doctors pushing back against the vaccines are members of a New Age Organization; the only safe place you can escape to; how a virus is nothing more than a figment of Satan’s imagination; and many other topics.

Listen to the show here. Or go to Andy's site to follow other pertinent links and listen there.

P.S. Fellow gentiles, we can't have real representative government or democracy, the unmentionables are too paranoid to allow that. What's more we must all be done away with. Well, you know, my "Judeo-Christian" friends, it's what ya get for calling them God's chosen people, and putting Israel first. This is your blessing.

Is it a Vaccine or a Chip?

You tell me. See here.

Comment from source of the above video quoting Jim Stone:

To my surprise, a lot of people are having a hard time believing the above post about magnets sticking to a fresh covid injection. However, if you’re not supposed to get an MRI for 6-10 weeks after the shot, I beg to question why not? WHY NOT?? Answer: Because you can’t put magnetic materials into an MRI, and the shot needs to totally disperse, because it is indeed magnetic. And how would it be magnetic? Nanobots, obviously.

(Really inexperienced) and/or stupid people or outright trolls (and I’ll pull no punches this time) are also saying there’s no way this could work because the shot is a liquid and “anything in it would be too small to develop magnetic attraction”. That’s total horse sh*t, have people really forgotten ferrofluid? You know – that magnetic liquid used to cool the voice coils of high performance speakers? That’s not an obscure topic for ANYONE who has an ounce of tech sense. THERE IS YOUR MAGNETIC COVID SHOT, RIGHT THERE. It’s obviously not the classic ferrofluid in the shot, but there’s absolutely nothing stopping it from acting exactly the same way. I had such speakers in the 90’s and the ferrofluid was completely clear. I discovered this when I had to change the tweeter diaphragms. It was like a totally clear oil. I believe this woman’s video is legit 100 percent and am not one bit stupid. Hell yes there’s a way this could be real. There has to be a reason why you should avoid MRI’s for a period of time after the shot, WHAT THE HELL IS THAT REASON? Easy answer: You can’t go into the world’s most powerful magnetic medical equipment with a magnetic substance in you unless that substance is totally dispersed. It would rip that woman’s arm apart if she went into an MRI like that. Read about ferrofluid here.

Source of the original video above is Will, a regular commentator to Jim Fetzer's site, which was found here. Jim Stone source is here.

You should listen to this about the COVID "vaccine." And this about established, standard vaccines that are given to children as a standard practice.

Biden and Leader of China Rack up Frequent Flyer Miles Together

In his COVID protocol modeling address to Congress, dopey Biden lets his by invite only members of Congress know how tight he is with the leader of China. Listen here.

Her Name Was Victoria Rose

And if you resist restrictions, don't wear a mask, don't social distance, and don't get vaccinated, you may be considered a dangerous radical and have your guns siezed. Listen here.

And if you are a white Christian, you definitely are an undesired radical. Listen here.

Depraved and decadent America seeks to save its hold on the world through war with Russia. Listen here.

Will fighting for black lives matter and transgenderism be inspirational homeland values that will animate our equitable, transgender troops to victory?.. to ensure everyone in the world is a slave to their jewish lords as they are.

Will America's best friend Israel fight with America? Or will it sit on the side line and join the winning side once that becomes evident?

All Mankind Is Under Attack

America: land of depravation and decadence. In your false bravado you think you're invincible, and you'll be saved sitting and waiting for Trump to come in and save the day. Perhaps rather than be saved, you'll get what you deserve for giving up all decency and bombing the world for Israel.
at 4/03/2021 No comments:

The Plan of the Unmentionables to Rule the World.

Why don't your nice unmentionable friends ever tell you how much the unmentionables hate us? Part two is here.
P.S. An enlightening conversation on the Kabbalah is here. All is good except at the end where suddenly the hollohoax is endorsed as real.
at 4/01/2021 No comments:

Sydney Powell realizes that America is lost and totally corrupted, and can not be saved. Her surrender is a sad note, indicating the death of America. Listen here.

They Want You Dead

Only God  can save you. Listen here.

What You Don't Know Will Kill You!

Those who watch television more likely to get fatal shot

In his voice was a certainty that to think otherwise was preposterous. “Of course we wear masks,” he exclaimed. “We don’t want to spread the disease, do we?” he insisted. “That would be irresponsible.”

At that moment there was no chance to mention to him that the disease had not been proven to exist and even if it did, the masks would not prevent the spread of it. Or that any talk of the death rate had to be irrelevant because the alleged disease had never been isolated, therefore never identified, therefore making it impossible to tabulate any death toll. More importantly, making it impossible to create an effective vaccine to prevent it.

Yet typical braindead Americans who listen only to mainstream media (newspapers and TV) generally believe the lies the government tells them and eagerly line up to receive this so-called vaccine. Despite all the cheating done in reporting the ever rising COVID death toll, an avalanche of fatalities from the untested, experimental mRNA injection immediately has began killing people in the most macabre and tragic ways.

If you watch TV rather than surf the Internet, you’re definitely more likely to die following government advice. And that’s just the way the big boys want it.

And to all those people who say nothing can be done about any of this so why worry about it, I would say without hesitation that you should go and get the shot as soon as you can.

P.S. Because you think you know all you need to know from just watching TV, in particular CNN and MSNBC, and because you dismiss others trying to warn you otherwise as crazy, "you should go and get the shot as soon as you can." 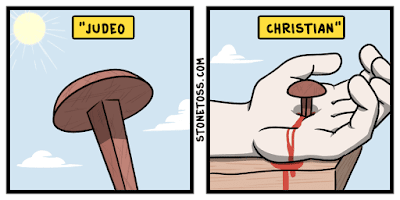 WHOOLI'S BLOG: The truth about the November 2020 Election

WHOOLI'S BLOG: Hellstorm: The Death of Nazi Germany, 1944-47: The safest places to be in Germany during WW2 were the work/relocation camps. The real holocaust/genocide was of the German people.
at 2/23/2021 No comments:

WHOOLI'S BLOG: Incendiary Radio with Robert Reyvolt - 2/21/2021: Robert discussed the zio-dominated situation we find ourselves in.
at 2/23/2021 No comments:

Why I Wear A Mask 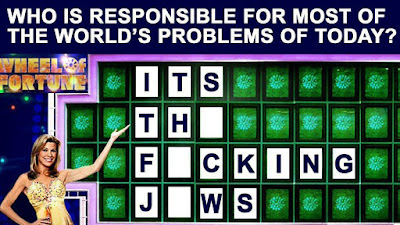 Doncha just love our New/Jew World Order?
Is this what we get my "Judeo-Christian" friends for blessing them?
Is this their blessing for us? Yes. Yes it is you friggin idiots!
at 2/18/2021 No comments:

No Joe. That was a disaster. You can't do another town hall.

Deadman Joe turns out to be... unperceived by himself... a stand up comedian. The entire appearance is worth seeing. The most popular president in American history, deadman Joe gives a laughable, pathetic, stumbling performance. Oh but deadman Joe didn't forget to model putting on his face mask... on stage... in front of the little people before leaving. Seems despite deadman Joe's obvious senility, he has modeling wearing a face mask down as a primary meme never to be forgotten.
at 2/18/2021 No comments:

A Lesson For Every Gentile

AOC Wasn't Even In The Building!!!

And virtually everyone knows that Hogg kid is a liar and fraud.
at 2/03/2021 No comments: 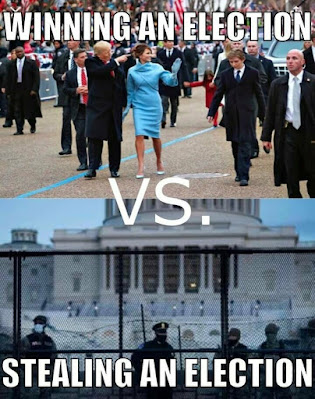 It will take an awful lot of work to get an awful lot of Americans to swallow the jewish MSM lie that Biden won the election of 2020. Anyone doubting it, or doubting the covid scam, will now be rounded up as domestic terrorists, white supremacists or .... ANTI-SEMITES!!!
at 1/20/2021 No comments:

Trump Is Not Our Savior

I wish it all were true. However, realistically folks, these talking heads make a living telling tales and selling fables. I wish it wasn't so but come January 20th there will be another "what's going to happen and what will Trump do." I love Trump but even he has his limits of strength. He has been in a four year heavy weight fight. It's the 15th round and he is beat. What can we do? God is in control but His plans aren't man's plans. His plan is to save you. If saving America saves you then it may happen. But losing America and saving His people... I think you know the answer. Stay connected with God, family and friends... in that order. Peace.