IT'S HAPPENING! Acts of anti-Semitism are on the rise in New York and elsewhere.

Acts of anti-Semitism are on the rise in New York and elsewhere.


The genuine acts of "anti-Semitism" [other than the false flags] are push backs because of the way jews abuse their neighbors.

Look for more such acts being reported, including false flags, to create the pretext for Trump to protect his favored class. Look for Trump to pass a law to disarm haters. Anyone that hates shouldn't have firearms. Better be nice to your jewish neighbors... and your Afro-American neighbors, and your new Mexican neighbors, and your new H1B Indian/Pakistani neighbors.... oh and don't say anything negative about jews to your friends either. Don't say anything about jews! Don't even mention jews ever!

What Child is This - Traditional Rendition 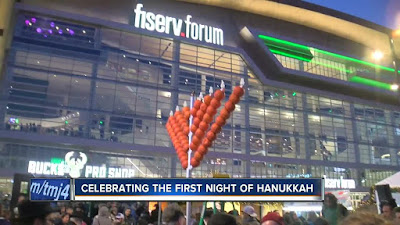 MILWAUKEE-- Sunday marked the first night of Hanukkah, and across Southeastern Wisconsin, Jews were getting together to celebrate the holiday.

More than 100 people kicked off the Festival of Lights with a public menorah lighting outside of Fiserv Forum hosted by the Milwaukee Bucks.

Both young and old gathered around a large menorah decorated in basketballs to watch Bucks Senior Vice President Alex Lasry light the first candle, with a little Jewish humor.

“Hopefully the oil can last us through the NBA finals,” Lasry said.

See a bit of the Hanukkah celebration here.

How The Jews Of Weimar Germany Ensured The Rise Of National Socialism... How Does America Today Compare? 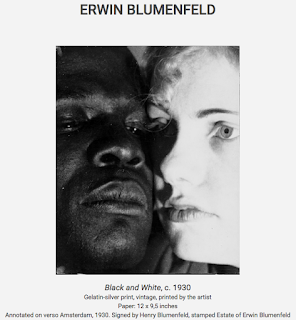 Look here. Is there a resemblance between Weimar Germany and today's USA?
at 12/23/2019 No comments:

“If man will strike, strike through the mask!”
Ahab, Moby Dick

It was very gratifying to see Tucker Carlson’s recent attack on the activities of Paul Singer’s vulture fund, Elliot Associates, a group I first profiled four years ago. In many respects, it is truly remarkable that vulture funds like Singer’s escaped major media attention prior to this, especially when one considers how extraordinarily harmful and exploitative they are. Many countries are now in very significant debt to groups like Elliot Associates and, as Tucker’s segment very starkly illustrated, their reach has now extended into the very heart of small-town America. Shining a spotlight on the spread of this virus is definitely welcome. I strongly believe, however, that the problem presented by these cabals of exploitative financiers will only be solved if their true nature is fully discerned. Thus far, the descriptive terminology employed in discussing their activities has revolved only around the scavenging and parasitic nature of their activities. Elliot Associates have therefore been described as a quintessential example of a “vulture fund” practicing “vulture capitalism.” But these funds aren’t run by carrion birds. They are operated almost exclusively by Jews. In the following essay, I want us to examine the largest and most influential “vulture funds,” to assess their leadership, ethos, financial practices, and how they disseminate their dubiously acquired wealth. I want us to set aside colorful metaphors. I want us to strike through the mask.

Who Are The Vultures?

It is commonly agreed that the most significant global vulture funds are Elliot Management, Cerberus, FG Hemisphere, Autonomy Capital, Baupost Group, Canyon Capital Advisors, Monarch Alternative Capital, GoldenTree Asset Management, Aurelius Capital Management, OakTree Capital, Fundamental Advisors, and Tilden Park Investment Master Fund LP. The names of these groups are very interesting, being either blankly nondescript or evoking vague inklings of Anglo-Saxon or rural/pastoral origins (note the prevalence of oak, trees, parks, canyons, monarchs, or the use of names like Aurelius and Elliot). This is the same tactic employed by the Jew Jordan Belfort, the “Wolf of Wall Street,” who operated multiple major frauds under the business name Stratton Oakmont.

These names are masks. They are designed to cultivate trust and obscure the real background of the various groupings of financiers. None of these groups have Anglo-Saxon or venerable origins. None are based in rural idylls. All of the vulture funds named above were founded by, and continue to be operated by, ethnocentric, globalist, urban-dwelling Jews.

Happy Hanukkah. By decree of your first jewish president [here] Americans can not criticize Israel.

P.S.2:  Now dumbed down Americans, do you think Trump will protect Americans' second amendment? Really? Ya think the jews will allow that? Ya think "anti-Semites" will be allowed to have guns?

P.S.3:  And what's the point of having the second amendment if you can't have the first?

P.S.4:  Once Trump is acquitted, the worst is yet to come, because he'll be impeachment-proof, and the executions will begin, just the way it happened in Russia a century ago, and France two centuries ago. This is what Jews do, and have since the dawn of time. [From John Kaminski's latest here.]

The above two videos should scare Americans. The executions will be coming via Trump [or the democrats after him if he is removed].

First they'll disarm and round up the "anti-Semites." Trump will do that. He is making America great for jews.

And that won't phase Trumpsters. Because who's an "anti-Semite"?

Of course the round ups will be preceded with psy-op mass shooting events to condition the dumbed down Americans to accept them... and because who's an "anti-Semite" and who's a "white supremacist"?

P.S. 5: An inside perspective from two Christians saved from judaism on what it means to grant jews nationality status can be heard here.

P.S. 7: IT'S HAPPENING! Acts of anti-Semitism are on the rise in New York and elsewhere.

The genuine acts of "anti-Semitism" [other than the false flags] are push backs because of the way jews are abusing their neighbors.

Look for more such acts being reported, including false flags, to create the pretext for Trump to protect his favored class. Look for Trump to pass a law to disarm haters. Anyone that hates shouldn't have firearms. Better be nice to your jewish neighbors... and your Afro-American neighbors, and your new Mexican neighbors, and your new H1B Indian/Pakistani neighbors.... oh and don't say anything negative about jews to your friends either. Don't say anything about jews!
at 12/15/2019 No comments:

Where did all these spiders come from?

Secular Materialist Reasoning Won't Get Us Out of This