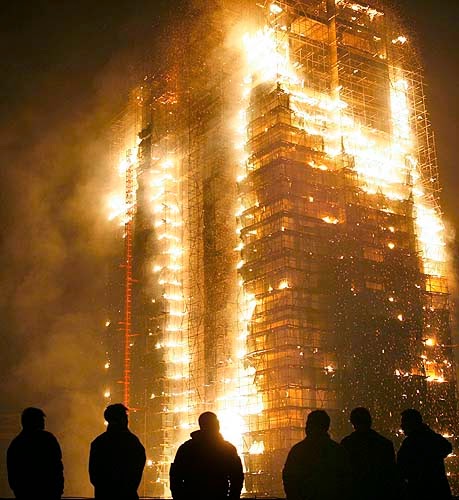 86 Year Old Woman Battles for Truth and Justice in Germany 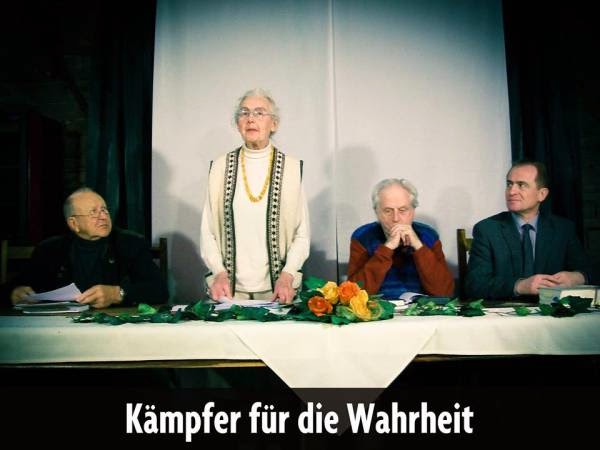 Frau Ursula Haverbeck, born in 1928, is an 86 year old survivor of the genocidal Allied terror bombing, the Russian onslaught of rape and pillage on Germany’s Eastern frontier, the anti-German pogroms and expulsions, and the post-war Morgenthau Plan of mass starvation perpetrated against Germany, the enslavement and mass murder of surrendered German soldiers as well as, of the post-war cultural genocide of the German nation by the criminal victors.

Many today still live in “denial” of these obvious and provable crimes, but no law prevents anyone from voicing their denial, so no one has ever been jailed for denying these facts. Nor is any notion of “collective guilt and punishment” forced upon the citizens of the nations which perpetrated these monstrous “war crimes” and “crimes against humanity”. The peoples of the Allied nations have not been divided, and had their land, culture and heritage stolen. Nor have they been forced to pay reparations to the Germans for this “Unholicaust”. No one has ever been jailed for spreading “false news” and “inciting hatred” toward the German people, though it is committed daily in the mass media; in books, films, TV shows, newspaper articles, schools, and in everyday average conversation amongst people everywhere.

Frau Haverbeck is a very learned, lucid and articulate lady, who is in good physical and mental health. She holds several university degrees, including in the field of Education. She, along with her late husband (a professor and former Eastern Front soldier) were both, in past years, very involved with environmental concerns in Germany, and were activists for the preservation of the German language and culture.

On November 20th, 2014, Frau Haverbeck made history by laying criminal charges against the Central Council of the Jews in Germany, under S. 344 of German Penal Code with “False Prosecutions” perpetrated against innocent Germans concerning their “denial of the holocaust” (TM). The crime of False Prosecution is punishable with up to 10 years imprisonment.

Read more of this story here.

P.S. Guess which dope wrote the following: It has been accurately said that the entire Hitler/Holocaust/WWII revisionist business is a dead end as far as waking the average person up to the dangers that Zionism and organized Jewish interests pose to today’s world.

Hint: It is the same deluded dope that "accurately" said it. Yes, the dope is referencing himself. I guess when you were first in line when brains were passed out, it's hard to find others of equal brilliance  to reference.

The dope wrote the above here. Note that none of his sycophantic fans challenged him.

P.P.S. Thank you Frau Haverbeck for your courage to speak out. Sometimes things are a matter of doing what's right, no matter what the odds of success are. And the holocaust lie must be undone for there to be any hope for mankind. Oh, and Frau Haverbeck, I don't think you're doing this for a hobby.
at 12/17/2014 No comments:

Who Are The Bankers?


The jews are the bankers who control your life, no matter who you are, no matter where you are in the world. And they are merciless!
at 12/09/2014 No comments:

Gilad Atzmon: If you are a jew, you should be troubled.


At the end of the video interview, Atzmon states that jews should be troubled. He's referring to jews that may have a functioning conscience despite the constant, inculcating mind control that goes with being part of the jewish community. I agree with Atzmon on this. If  you are a jew with a functioning conscience, your conscience should be troubling you about being a jew, and what all that entails (the lies and depravity that go with that); you should get out from the jewish community.

You should get out from the jewish community and ask for God's help to be well, fully human, fully what God created you to be. After all, it is God, through your conscience that is leading you out. Follow the light. The light leads out.