When The Nukes Start Flying, USA and Europe Will Not Survive

When the nukes start flying, USA and Europe will not survive. So says Sheikh Imran Hosein here.

P.S. Well does either entity deserve better for abandoning all scruples to be water carriers for judaism/zionism? Judeo-Christians, unyoke yourselves from judaism.
at 1/21/2015 No comments:

Have the ruling zionists played one fake terror event too many with this one? Lets hope so. Listen to a great discussion in that regard here.
at 1/14/2015 1 comment: 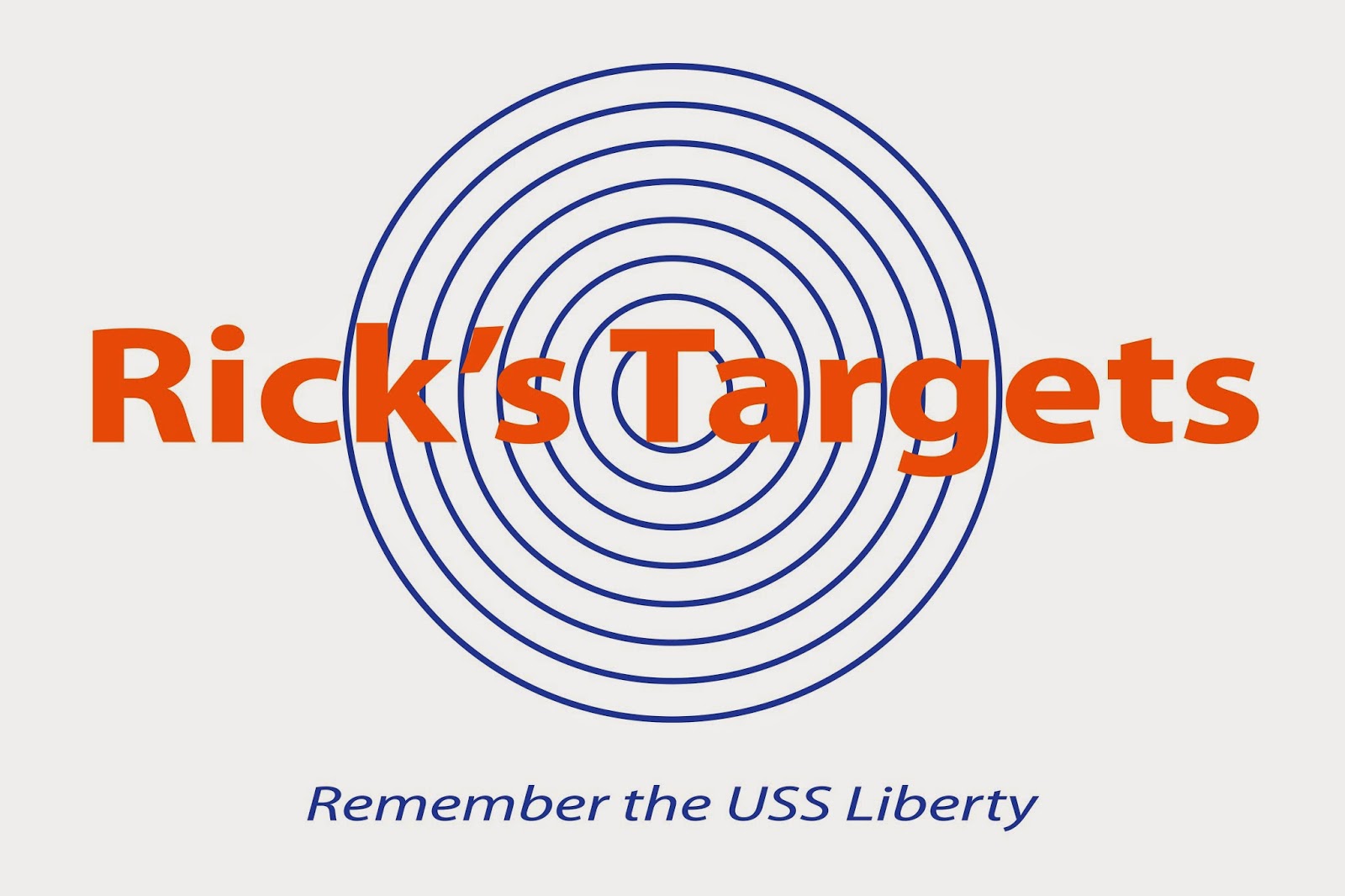 This weekend my new Remember the USS Liberty banner will be making its inaugural flight at a gun show. This is my third year of white knuckling each month selling my Remember the USS Liberty targets at gun shows since my last regular job of eight years suddenly ended three years ago. [I edited, wrote, re-wrote and translated technical and marketing literature in my home for a Spanish software company in Spain.]

I fly the banner with some trepidation, since I know all it would take is one crying jew to have it come down.

I'm proud and honored to be able to say that one USS Liberty survivor, the current president of the USS Liberty Veterans Association, will be using some of my targets for target practice. The USS Liberty was attacked by Israel in 1967. It was meant to be causus belli for all of what we are doing now post 911 in the Middle East for Israel. But by the grace of God, the ship wasn't sunk... the sissys couldn't sink it. Surely a meme like "Remember the USS Liberty" was planned to be burning on of the lips of every American had the ship gone down. I'm merely picking that meme up advancing it forward now.

If you happen to see me at a gun show, stop by and say hello. I enjoy speaking to people that are already cognizant of what happened to the USS Liberty. Very few are. If you are a Mark Glenn TUT-lander sycophant, stop by and apologize for your capitán for viciously slandering me over the air as a divorced dead-beat dad, disconnected from his family, unable to keep a job (this coming from a failed musician/lawn care specialist who's never had any wherewithal to ever have qualified to work a professional nine-to-five job in his life, someone who definitely has no clue what that's all about, especially in today's climate). You can tell your lil truth huckster capitán that I love my daughters and granddaughter very much, and they all know it. I've put myself on the cross for my daughters many times.

At gun shows in Wisconsin, for two years, there has been a quiet, under-the-radar, information revolution going on. People have been quietly informed about the USS Liberty. Now with my banner, the revolution gets a bit more loud, hopefully not so loud as to have my operation shut down. It involves my livelihood after all. I'll fly the banner as long as I can. Remember the USS Liberty.
at 1/09/2015 1 comment: