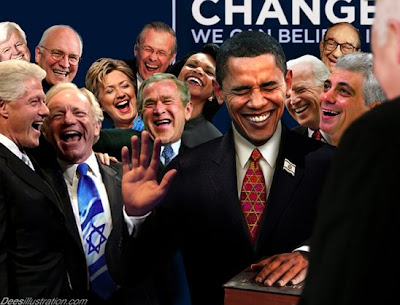 Yes. That's right. A goy just issued our jewish masters an ultimatum. He calls it, get this, “An Offer You Can't Refuse”.

In his un-refusable offer, he states:
You are legendary for being deal-makers, and so this is the deal being laid out on the table now. It is more than fair, and much more than you really deserve, given the history of your deeds. As such it would be wise for you to keep this in mind as you consider it. Personally, I think it is not only fair and equitable, but critical. You simply have no other option, other than to be wiped out. The rest of us are not simply going to lay down and allow ourselves to be destroyed. There are way more of us than you, and we have righteousness in our camp, whereas you do not. Give it up, it has never worked before and it isn’t going to work now, despite the amazing amount of power you have amassed.

And with all this before you, keep the bottom line in mind and what stands the better chance of being profitable at day’s end, and I think that when you do this–with that sound, superior intellect you always boast of having– what you will find is that it is not just a good deal, but rather an offer you can’t refuse.

Read the rest of his irresistible offer here.

P.S. What has this incorrigible goy come up with to be making this ultimatum to our jewish masters after just recently campaigning and convincing everybody that any resistance to our masters was futile, because the jews control everything, they're omnipotent, and any bitching and complaining from the goyim over their lot was just a pre-planned zionist plot to extend their control, so stay away, stay cool.

And now, this same goy is issuing the omnipotent jewish controllers an ultimatum. Quite the turn around. Laughable, preposterous for one who was just a moment ago seeming to take pride on throwing cold water on any protesting of the jewish yolk and preaching caution. You're all fools if you think you can throw off your jewish yolk with these silly revolts in the streets. I wonder what gives. Did this goy suddenly get an omnipotent God? Did he get an army?

Your jewish masters don't fear your God, goy. So where's your leverage coming from? Where's your bravado coming from? Where's your goyim army? Where's the evidence that the goyim aren't going to take it any more? I sure would like to see that. Surely your army can't be the American goyim. Americans can't do anything else but carry water for their jewish lords. They've been dumbed down so much that its surprising that they can even do that. In fact, their days of doing that are numbered.

So goy, where's your leverage, your boldness coming from? Where's your goyim army, goy? Where's the evidence the goyim aren't going to take it any more? Hey, wait a minute. Weren't you the same guy that was saying all resistance to our jewish masters was futile, and just a zionist plot? Why the flip flop, goy?

What's up brave goy? What about your recent preaching about being realistic? How is this rhetorical throwing down the gauntlet to our jewish masters realistic? What are you going to do if they don't accept your un-refusable offer? This isn't Hollywood, remember? Surely you're not going to call for some silly protest, are you? You've got to have something up your sleeve, something that these silly protesters before you haven't had. What is it? Did Barak Obama give you a call?
at 5/09/2011