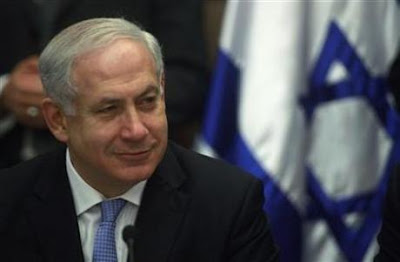 DUBAI (Reuters) - Dubai's police chief plans to seek the arrest of Israeli Prime Minister Benjamin Netanyahu and the head of Israel's spy agency over the killing of a Hamas leader in the emirate, Al Jazeera television reported.

Dahi Khalfan Tamim "said he would ask the Dubai prosecutor to issue arrest warrants for ... Netanyahu and the head of Mossad," the television said. It did not give details.

Tamim has said he is "almost certain" Israeli agents were involved in the killing of Hamas commander Mahmoud al-Mabhouh at a Dubai hotel in January, calling for Mossad's boss, Meir Dagan, to be arrested if it is proved responsible. Tamim said on Monday Mossad had "insulted" Dubai and Western countries whose fraudulent passports were used by suspects in the assassination.

Dubai has asked the U.S. Federal Bureau of Investigation to look into prepaid cards issued by the Meta Financial Group's MetaBank which the suspects used, a United Arab Emirates newspaper said.

Citing an FBI source, The National newspaper said the investigation would look into any Israeli involvement in the killing.

MetaBank said it followed proper procedures when it issued the cards.

Authorities told the bank that the suspects appeared to have used stolen passports to get employment with U.S. companies, MetaBank said in a statement on Tuesday. The companies paid the employees with prepaid cards issued by MetaBank and other banks.

MetaBank said it had launched its own review of the matter, and had so far found that it followed all bank and regulatory requirements.

The suspects authorities had identified were not on any list that would indicate their identities were fraudulent, it said.

The UAE, a U.S.-allied Arab state that backs the Palestinian drive for an independent state and an end to Israeli occupation, has no diplomatic relations with Israel.

But it has established low-level political and trade links in recent years, with some Israeli officials attending events in the Gulf Arab state. Israeli tennis player Shahar Peer competed in the Dubai Championships last month.

Members of the hit squad used fraudulent passports from Britain, Ireland, Germany, France and Australia. Residents of Israel with the same names as the suspects, holding dual nationalities, have said their identities appear to have been stolen.

The passport abuse has drawn criticism from the European Union, and some of the governments involved have summoned the Israeli ambassadors to their countries to protest.